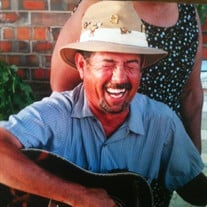 Alfredo Solis, 67, Eldorado, passed away Tuesday, January 26, 2021 in Amarillo, Texas. Family visitation will be Thursday, January 28, 2021 at the Kincannon Chapel in Eldorado. Graveside services will be at 10:00 AM, Friday, January 29, 2021 at the Eldorado Cemetery with Pastor Monte Lumpkin officiating. Services are under the direction of the Kincannon Funeral Home and Cremation Service. Alfredo was born on July 3, 1953 to Rafael and Hortencia (Ramonos) Solis in Mission, Texas. He attended school in Sweetwater, Texas and Eldorado, Oklahoma. Alfredo began working at the Eldorado Farmers Co-Op Association in 1989 and worked there for over 31 years until the time of his death. He and Donita Wefer were married on July 5, 2000 in Quanah, Texas. Alfredo was of the Catholic faith and enjoyed fishing, playing the drums and guitar, and was an avid University of Oklahoma Sooners and Dallas Cowboys fan. Alfredo was preceded in death by his parents; one stepdaughter, Brandy Kitchen; three brothers, Guadalupe, Pedro, and Randy Solis; and one sister, Ofelia Solis. Survivors include his wife, Donita; one son, Alexandro Solis and wife, Sara; stepson, Jeremy Kitchen; two daughters, Paula Solis and Christina Solis; one stepdaughter, Candace Bernal; five brothers, Raymond Solis, JR Solis, Roy Solis, Richard Solis and Robert Solis; three sisters, Vicky Solis, Delores Solis, and Alicia Solis; thirteen grandchildren; four great grandchildren; and many other family members and friends. Online tributes may be made at kincannonfuneralhome.com

Alfredo Solis, 67, Eldorado, passed away Tuesday, January 26, 2021 in Amarillo, Texas. Family visitation will be Thursday, January 28, 2021 at the Kincannon Chapel in Eldorado. Graveside services will be at 10:00 AM, Friday, January 29, 2021... View Obituary & Service Information

The family of Alfredo Solis created this Life Tributes page to make it easy to share your memories.

Send flowers to the Solis family.