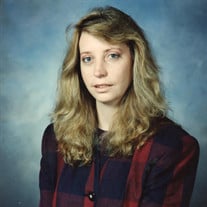 Catherine Louise “Cathy” Huttie, 62, of Altus, Oklahoma passed away on Wednesday, March 30, 2022 in Oklahoma City, Oklahoma. A private family memorial service will be held at a later date. Arrangements and cremation are under the care of the Kincannon Funeral Home and Cremation Service. Cathy was born on July 24, 1959 in Modesto, California to Harold and Norma (Overholt) Gage. After graduating from high school, she enlisted in the United States Air Force in 1979. She was in Command and Control with the 21st Force at McGuire Air Force Base, New Jersey during her first four years of active duty. Cathy served an additional eight years at Scott Air Force Base in Reserve Search & Rescue and was honorably discharged as a Sergeant on April 3, 1983. Cathy married her best friend, Robert “Bob” Huttie, on May 15, 1982 at the McGuire Air Force Base. After moving to southwest Oklahoma she was a secretary for the Commander of the 97th OSS at Altus Air Force Base, before retiring due to health issues. Cathy moved to California in 2003 but moved back to Altus in 2013 to be closer to her family. She was a member of the First Baptist Church in Altus and a volunteer as a Pink Lady with the JCMH Auxiliary. Cathy’s greatest passion was her family, especially her grandchildren. She is preceded in death by her father, Harold Gage; her mother, Norma Gage; a brother, Billy Gage; and a sister, Karen Keller. Cathy is survived by her son, Michael Huttie and wife, Ashlee; three grandchildren, Brennan, Coleigh, and Timothy; ex-husband and best friend, Robert “Bob” Huttie; stepfather, Dwight Stanway; and a sister, Becky Keller. Online tributes may be made at kincannonfuneralhome.com

Catherine Louise &#8220;Cathy&#8221; Huttie, 62, of Altus, Oklahoma passed away on Wednesday, March 30, 2022 in Oklahoma City, Oklahoma. A private family memorial service will be held at a later date. Arrangements and cremation are under the... View Obituary & Service Information

The family of Catherine Louise Huttie created this Life Tributes page to make it easy to share your memories.

Send flowers to the Huttie family.