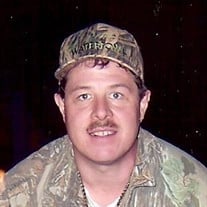 Daniel "Dan" Scott Brewer, 57, passed away unexpectedly, on July 20, 2018 at his home in Estacada, Oregon. Memorial services with military honors will be 11:00 AM Saturday, August 4, 2018 at the Freedom Church with Arlis Moon officiating. Local arrangements are under the care of the Kincannon Funeral Home and Cremation Service. He was born on March 31, 1961 at Chanute AFB, Illinois to John Brewer, Jr and Nelda Riley Cote. Dan and his family relocated to Sacramento, California in September of 1977 where he attended North Highlands High School. During school, Dan enjoyed playing football and playing the trombone in the marching band and jazz band. Dan graduated in 1979. He enlisted in the United States Air Force in January of 1980 where he served over 11 years. During his enlistment, he served overseas during Desert Storm and played on the National Air Force Softball team. He was honorably discharged in August of 1991. Dan made his home in Altus, Oklahoma where he pursued a career in healthcare. Dan graduated from Western Oklahoma State College in the spring of 1994 with an Associate’s Degree in Applied Sciences in Nursing. Dan was a practicing nurse for over 20 years. Over the course of his career, he found joy in educating and training new nurses. Dan became a part of the United States Forestry Service and Job Corps in 2014, where he worked in Health Services and Education. Dan worked during his last days because of his devotion to the children that needed him. Dan is preceded in death by his father, John Brewer, Jr.; grandfather, Edward Walter Riley; grandmother, Erma Tucker Riley; aunt, Mary Jo Riley Mitchell; and an uncle, Joe Mitchell. Dan is survived by his daughter, Brandi Ward and husband, Wesley, of Altus, OK; his son, Taylor Brewer and wife, Charity, of Mangum, OK; his brother, Brian Brewer of Reno NV; his sister, Jennifer Brewer of Sacramento, CA; and his mother, Nelda Cote and husband, Stephen, of Newport News, VA. Dan is also survived by many aunts, uncles, cousins, nephews, and 3 grandchildren. Dan will also be survived by the countless lives he has touched through his nursing career, along with the many close friends he made along the incredible journey that he lived. Online tributes may be made at kincannonfuneralhome.com

Daniel "Dan" Scott Brewer, 57, passed away unexpectedly, on July 20, 2018 at his home in Estacada, Oregon. Memorial services with military honors will be 11:00 AM Saturday, August 4, 2018 at the Freedom Church with Arlis Moon officiating.... View Obituary & Service Information

The family of Daniel "Dan" Scott Brewer created this Life Tributes page to make it easy to share your memories.

Send flowers to the Brewer family.