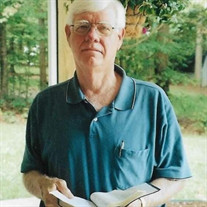 David Duane Carson, 83, Blair, passed away on Monday, November 8, 2021 in Clinton, Oklahoma at the Oklahoma Veterans Center. Funeral services will be 2:00 PM Friday, November 12, 2021 in the Kincannon Memorial Chapel with Rev. George Lupton and Rev. Bobby Jones officiating. Burial with military honors will be at the Blair Cemetery under the direction of the Kincannon Funeral Home and Cremation Service. David Duane Carson was born on November 26, 1937 in Paris, Texas to John Paul “Kit” Carson, Sr. and Gladys (Crumley) Carson. He grew up in Blair, Oklahoma and graduated high school from there, where he played baseball for the Broncs. David married his high school sweetheart, JoAnn Brewer. He continued his education at Oklahoma State University where he was in the ROTC and received his BS in General Engineering. After college, he enlisted and was commissioned into the United States Army as a 2nd Lieutenant. David served in military intelligence before being honorably discharged at the rank of 1st Lieutenant. He then served several years in the Army Reserves. David then went to work in the telecommunications industry and was a member of management for several companies and ultimately retired as a program manager with DSC Communications. He was a member of the Toastmasters for over 30 years and the Gideons for over 20 years. Throughout his life, David loved people and never met a stranger. He was an avid fisherman, golfer, a voracious reader, and enjoyed playing dominoes with his family. He was a marksman in the military, life time member of the NRA, and qualified for his Oklahoma SDA/CHL when he was in his late 70’s from his wheelchair. David was a member of the Blair United Methodist Church. He faithfully served the Lord in many capacities through his entire life as an elder, a lay minister, and a minister for the Genesis One Prison Ministry. His parents; a sister, Patricia GeBron; a brother, John Paul Carson, II; and a nephew, Bruce Carson, preceded him in death. Survivors include his wife, JoAnn; a daughter, Kitty Jo Muller; a son, John D. Carson and wife, Tami; four grandchildren, John Paul Glover, Bonnie Jo Muller, Blair Carson, Haley Carson; and two nephews, John Paul Carson, III and wife, Sonya, and Scott Carson. Online tributes may be made at kincannonfuneralhome.com

The family of David D. Carson created this Life Tributes page to make it easy to share your memories.

Send flowers to the Carson family.