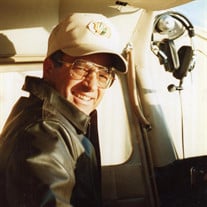 Donald “Donnie” Houston Knight, 82, Altus, experienced his birthday into Heaven on Saturday, May 14, 2022 at his home with wife, June, and daughter, Donna, by his side. Funeral services will be 2:00 PM Tuesday, May 17, 2022 at the First Baptist Church, Altus, with Rev. Doug Altom officiating. The family will receive friends after the service in the First Baptist Church Fellowship Hall and burial will follow in the Granite City Cemetery under the direction of the Kincannon Funeral Home and Cremation Service. Donnie was born to Johnny Houston and Claris (Quick) Knight in May of 1939 in Alma, Oklahoma. He was born the eldest of five children to Johnny and Claris. Donnie often told his children of living in many towns when a youngster as his dad was part of a test drilling team that traveled ahead of oil drilling crews. When challenged by his kids, he began naming the places he had attended school and reached 33 schools by the time he was in the 5th grade. The most memorable was in Artesia, New Mexico, and the music teacher, where he learned to appreciate music and felt welcomed. When traveling on vacation, it became a family joke when Donnie would say, “I went to school here.” Donnie and June were married in 1967, and 2022 would have been their 55th anniversary. They reared two children, Donna and John, both Hobart Bearcats. In 2017, Donnie closed the family business at the corner of 3rd and Jefferson in Hobart; Knight’s Transmission Service, concluding 50 years of business where he had served many with technical expertise and integrity. He took pride in a job well done and repeat customers. Both Donna and John learned to work there, always beginning with a broom, sweeping the floor. Donnie proudly served his country in the US Army, Reserve, and Guard, earning accolades for his marksmanship. His passions through life involved time on the lake fishing with his son, friends, and he took pride in teaching his grandsons the art of fishing. He enjoyed family outings on the water, in the mountains, and family reunions. He loved photography, earned his scuba diving license, and received his private pilot license as he enjoyed introducing others to the thrill of flight. Southwest Oklahoma was his home, and after having a childhood on-the-road, he loved home. One of his last two good days was spent on a trip to Hobart where he wanted to look in the window of his shop and before leaving town, have a Big-A-Burger. Donnie was a member of First Baptist Church, Altus. He made a profession of faith in Jesus Christ on March 27, 1969 on a Thursday evening at Washington Street Baptist Church in Hobart, Oklahoma and made rededications at First Baptist Church, Hobart. He is survived by his wife, June (Roberts) Knight; daughter, Donna Guthrie and husband, Steve; mother-in-law, Charlece Roberts Cothrum; three grandsons, Payton Guthrie and wife, Megan, Connor Guthrie and wife, Mackenzie, and Robert Knight and Robert’s mother, Mary Mowery and Todd; four great grandchildren, Adler, Sutton, Blakely, and Henry David Guthrie. He is also survived by a daughter from an earlier marriage, Leauna Knight; sisters, Sheila Buckley and Jeanine Prickett and husband, Mark; brother, Philip Knight and wife, Pat; sister-in-law, Melruth Cowley and husband, Jack; brothers-in-law, David Roberts and wife, Sherri, and Henry Roberts and wife, Linda; and many nieces, nephews, relatives, and friends. Donnie was preceded in death by his son, John Edward Knight, in 2016, a loss he never overcame; a daughter from an earlier marriage, Sabrina Knight; and a sister, Sharon Ingram. Online condolences may be made at kincannonfuneralhome.com

The family of Donald "Donnie" Houston Knight created this Life Tributes page to make it easy to share your memories.

Send flowers to the Knight family.