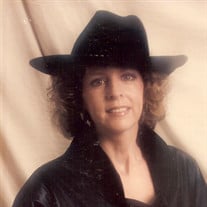 Gloria W. Hilliard, 77, Altus, passed away on Friday, November 13, 2020 at the Jackson County Memorial Hospital. Graveside services will be 2:00 PM Tuesday, November 17, 2020 at the Navajoe Cemetery with Scott Willingham officiating. Burial will be under the direction of the Kincannon Funeral Home and Cremation Service. Gloria was born on October 14, 1943 to James Wesley and Elizabeth (Wiseman) Winters in Arlington, Tennessee. While attending Treadwell High School in Memphis, Tennessee, Gloria and her baton twirling team, marched in the Macy’s Thanksgiving Day Parade in New York. Gloria graduated from Treadwell in May of 1961. In June of 1961, Gloria married Darrell Gene Hilliard. To this union two children were born, Katherine Rose and Steven. In the 70’s while stationed in Germany as an Army Officer’s wife, Gloria worked as a candy striper at the fort hospital. In the 80’s, Gloria earned her Associates Degree at Southern Wesleyan University in Columbia, South Carolina, as a Nurse’s Assistant. Gloria and family moved to Altus in November of 1992. Over the years, Gloria worked many places around Altus to include the bowling alley, officer’s club and Prestige Cleaning on Altus Air Force Base. At one time, Gloria worked at Jackson County Memorial Hospital and many may remember her from the Stage store. Gloria was a member of the Altus Red Hat Society and enjoyed her family, friends and working in her yard. Her parents, a brother, Paul Winters, a son-in-law, David Gallagher, and a grandson, Justin Plew, preceded her in death. Gloria is survived by a daughter, Katherine Rose Gallagher; a son, Steven Hilliard and wife, Emma; five grandchildren, Victoria Gallagher Jensen and husband, Jonathan, Chastity Hilliard, Autumn Meredith and husband, Ricky, Chris Plew and Elizabeth Rose Gallagher; eight great grandchildren, Alex Gallagher, Taliyah and Trey Meredith, Lauren and Molly Plew, Emily Plew, Jericho Ryder Gallagher and Kylee Plew; a brother, Larry Fox; a niece, Jessica Payne; a nephew, Greg Winters; and her ex-husband, Darrell Gene Hilliard and wife, Audrey. Online tributes may be made at kincannonfuneralhome.com TO VIEW THE TRIBUTE VIDEO, CLICK ON THE LINK BELOW. https://www.tributeslides.com/tributes/show/S8RDZYZKLCB83Z3Q

The family of Gloria W. Hilliard created this Life Tributes page to make it easy to share your memories.

Send flowers to the Hilliard family.