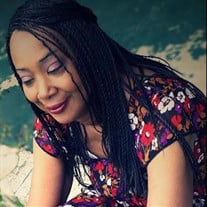 Jacqueline Kaye West, age 59, passed away in her home on Wednesday, October 27, 2021 in Lawton, Oklahoma. Services will be at 10:00 AM on Saturday, November 6, 2021 in the Kincannon Memorial Chapel. Arrangements are under the care of Kincannon Funeral Home and Cremation Service. Jacqueline was born on June 13, 1962 in Altus, Oklahoma to Edna West and was taken under the wing of Robert Lee whom she affectionately called, daddy. She attended Altus Public Schools graduating with the class of 1981. That same year she married Kevin Davis in Altus and to that marriage two children were born. The first in 1981, a son, Major Dave Davis, then a daughter, Cora Joy Davis in 1992. Her children were the light of her life, and she devoted her life to them and their happiness. Jacqueline had a passion for helping people and a heart for serving the Lord. She was a physical therapy assistant, primarily working at Jackson County Memorial Hospital from 1990 – 2001. She also worked at Head Start as a teacher assistant for more than 10 years. She was an active member of the St. John’s Baptist Church singing as a choir member, on the kitchen staff, and teaching Sunday School. After moving to Lawton, Jacqueline continued doing what she did best, serving the Lord as an active member of the Providence Missionary Baptist Church. Jacqueline cherished time with her family, traveling as long as it was in a car, was an avid The Young and the Restless fan, and watching sporting events especially when her grandkids were playing in them. She was preceded in death by her mother, Edna West Sterling; one brother, Richard West; and her grandparents, Jesse and Mildred West. Jacqueline is survived by her parents, Robert and Roberta Brady-Lee of Altus; son, Major Davis and wife, Lacee and their children, Marcus Hartman, Kadynce Davis and Mylah Davis of Duke, OK; daughter, Cora Davis of North Carolina; siblings, Annette West of Ada, OK, Barry West of Arlington, TX, Marilyn West of Altus, and Malcom West of North Carolina; her aunt, Sherry Dykes who was like a mother; and many aunts, uncles, cousins, and friends. The family will greet friends from 6:00 PM – 8:00 PM on Friday, November 5, 2021 at the funeral home. Online tributes may be made at kincannonfuneralhome.com

Jacqueline Kaye West, age 59, passed away in her home on Wednesday, October 27, 2021 in Lawton, Oklahoma. Services will be at 10:00 AM on Saturday, November 6, 2021 in the Kincannon Memorial Chapel. Arrangements are under the care of Kincannon... View Obituary & Service Information

The family of Jacqueline Kaye West created this Life Tributes page to make it easy to share your memories.

Jacqueline Kaye West, age 59, passed away in her home on Wednesday,...

Send flowers to the West family.