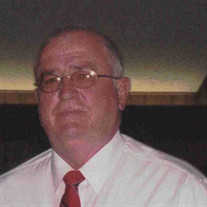 James Everett Forbes Sr., 76, Blair, passed away Wednesday, December, 23, 2020, in his home with his wife by his side. Graveside services with military honors will be 2:00 PM Wednesday, January 6, 2021 at the Altus City Cemetery with Rev. Jim Brown officiating. Arrangements are under the care of the Kincannon Funeral Home and Cremation Service. James was born on March 13, 1944 to Everett Wilson and Ethel Irene (Hinton) Forbes in Burlington, North Carolina. On March 30, 1976 he married Mary Beth Moreau in Charleston, South Carolina. From this union, four sons were born: William A. Forbes, Keith E. Forbes, Craig Bradley Forbes, and James “Jimmy” E. Forbes, Jr. He graduated from Karns (Tennessee) High School with the Class of 1962 and went on to complete numerous training schools while in the military. James entered the United States Air Force in 1962 and served as a Flight Engineer on the C 141. His tours included the Philippines, Thailand and Vietnam. Mr. Forbes retired as a Master Sergeant in 1984 following 22 years of service. He later served with the Oklahoma State Prison System as a Case Manager and Unit Manager, retiring after years of service. In his free time, James enjoyed fishing and going out coon hunting. In his younger days his favorite pastime was riding his motorcycle. He was an avid member of the Friendship Baptist Church in Friendship, Oklahoma for 20 plus years. He was preceded in death by his parents, Everett and Ethel Forbes. Survivors include his loving wife, Mary Beth Forbes; his sons, Retired Lt. Col. William A. Forbes, Keith E. Forbes, Craig Bradley Forbes, James “Jimmy” E. Forbes Jr., his brother, Gene Forbes; and sisters, Shirley Sugarman and Peggy Boutfen; seven grandsons, William A. Forbes II, Blake Harrison Forbes, Mitchell Forbes, Nixon Forbes, Nash Forbes, Kobe Forbes, and Jayce Forbes; one granddaughter, Pearl Forbes; and many other extended family members and a host of friends. Memorial contributions may be made to the American Cancer Society @ cancer.org or the Gideons International @ gideons.org Online tributes may be made at kincannonfuneralhome.com

James Everett Forbes Sr., 76, Blair, passed away Wednesday, December, 23, 2020, in his home with his wife by his side. Graveside services with military honors will be 2:00 PM Wednesday, January 6, 2021 at the Altus City Cemetery with Rev. Jim... View Obituary & Service Information

The family of James Everett Forbes Sr. created this Life Tributes page to make it easy to share your memories.

Send flowers to the Forbes family.