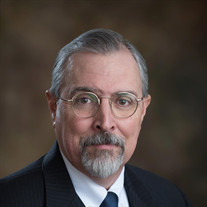 James “Jim” Gover, 59, passed away Saturday, November 21, 2020 in Altus, Oklahoma. A Rosary service will be held at 2 p.m. Wednesday, November 25, 2020 in the Kincannon Memorial Chapel. Burial will follow services at the Altus City Cemetery under the direction of Kincannon Funeral Home and Cremation Service. James Walter Gover was born April 3, 1961 in Altus, Oklahoma to John and Maria Gover. He graduated from Navajo High School in 1979, and went on to graduate with a Bachelor of Science in Agricultural Economics from Oklahoma State University Class in 1984. Jim married the love of his life, Catherine York Gover, on July, 9th 1983. He served 6 years active duty on the USS Nevada and four more years in the U.S. Navy reserves. His career in Law Enforcement began in 1991 working for San Juan County Sheriff's Department in Friday Harbor, Washington. He was a trained EMT, and was awarded EMT of the Year in 1993. He finished his career in Law Enforcement as a San Juan County Detective in 1999, to move back to Altus, OK and manage the family ranch. In 2002, he began his banking career and worked 18 years at NBC Bank as Vice President in Agricultural Lending and Corporate Security Officer. Jim was dedicated to his community in many ways. He was an 18 year member of the local Rotary Club, serving as President in 2006 and 2007, Program Director from 2007 until 2017, as well as Assistant District Governor for Rotary District 5770 and a Paul Harris Plus One Fellow. He was a long time board member of the Western Trails Historical Society, Former President of the Great Plains Stampede Rodeo, served as the President, Treasurer and Director of the Economic Development Corporation, member of the Military Affairs Committee, Treasurer, Director and third generation chairmen of the Chamber of Commerce, Graduate of Leadership Oklahoma and served as an Honorary Commander to Altus Air Force Base in many positions. In 2019 the U.S. Air Force’s 97th Air Mobility Wing honored Jim with its highest civilian award when it recognized him as one of the “Friends of Altus” for his support of Altus Air Force Base. He was a long time member of the Prince of Peace Catholic Church and was an ardent student of history, especially Civil War and WWII history. In his free time he enjoyed watching baseball, loved to travel, taught Financial Literacy classes, rode horses, participated in the annual Chili Cook-Off, organized the annual NBC Dove Hunt and various other events. His adoration for animals was abundant and his fondness for telling jokes was unlike anyone. He loved deeply, he laughed often and above all, he cherished time spent with his family and his precious granddaughters. Jim was preceded in death by his father, John Gover. He is survived by his mother, Maria Gover; his wife, Catherine; his two daughters, Rachel Gonzales and husband, DJ; and Morgan Gover; his two granddaughters, Lilly and Willow Gonzales; his sister, Gina Warren; and three nephews, Buck Stephens, Phillip Stephens and wife, Heather, and Jacob Stephens; along with many friends. Memorial contributions may be made to the Catholic Relief Services at [email protected] or the Rotary Foundation: contact Allen Sasse at [email protected] Online tributes may be made at kincannonfuneralhome.com

The family of James "Jim" Gover created this Life Tributes page to make it easy to share your memories.

Send flowers to the Gover family.