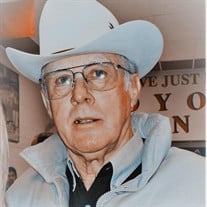 John Nelson Thurmond, 78, of Elmer, Oklahoma passed away at Jackson County Memorial Hospital on Sunday, December 26, 2021. The family will greet friends from 3:00 PM – 5:00 PM on Friday, December 31, 2021 at the Kincannon Funeral Home. Arrangements are under the care of Kincannon Funeral Home and Cremation Services. John Nelson Thurmond was born on March 13, 1943 in Altus, Oklahoma to Harrison Thomas and Etoy (McKenzie) Thurmond. He attended Altus Public School, graduating with the Class of 1961. He married his high school sweetheart, Gail Dollins on July 29, 1961 in Wellington, Texas. John loved working on cars and trucks and was a skilled carpenter. He enjoyed hunting and fishing and authored many western stories. He was preceded in death by his parents; and sister, Toy Ann Lewis. John is survived by his wife, Gail; his daughter, Misty Thurmond and children, Justin, Jami, and Jennifer Henson; and son, Randy Thurmond and children, Alexis Steinell and husband, Matt and Erika Chacon and husband, Miguel; one brother, Keith Thurmond and wife, Jane; and his beloved pet Jack Russell Terrier, Jack. Online tributes may be made at kincannonfuneralhome.com

The family of John Nelson Thurmond created this Life Tributes page to make it easy to share your memories.

John Nelson Thurmond, 78, of Elmer, Oklahoma passed away at Jackson...

Send flowers to the Thurmond family.