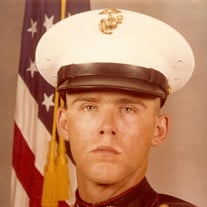 Kenneth “Kenny” William Black of Oklahoma City, Oklahoma passed away at Baptist Medical Center in Oklahoma City, Oklahoma on October 3, 2020. The family would like to thank this facility for the exceptional care they provided to him during the course of his stay. Cremation has been provided by Kincannon Funeral Home and Cremation Service. A private family burial of cremated remains will take place at a later date. Kenny Black was born at Jackson County Memorial Hospital on July 10, 1960. He attended grade schools at Andrews Air Force Base in Washington, D.C. and at Hickham Air Force Base in Honolulu, Hawaii and continued his education at Altus High School in Altus, OK. He had a unique gift for drawing, painting, art, etc. and his art will continue to put smiles on peoples’ faces for years to come. He loved the Washington Redskins and the Oklahoma City Thunder and never met a stranger. His Rottweiler mixed dog, Cash, was his most prized possession. Kenny is preceded in death by his brother, Curtis Ray Black; his mother, Joye Black; and his grandparents. He is survived by his long time fiancée, Jeri Schimmels; his son, Mathew Black, and his fiancée, Latanya Smith, and his children, Serenity and Nevaeh; all of Maryville, MO; son, William “Willie” Black and his wife, Megan, and his children, Layton and Lillian, all of Maryville, MO; Kenny’s ex-wife, Sherry Black Bracken; his father, Percy “George” Black, of Altus; his sister, Jana Edwards and her husband, Doug, of Altus; niece Erica Katseres, and husband, Nicholas, of Oklahoma City; great niece, Percy Katseres; great nephew, Kassius Katseres; niece, Joye Mae Black, of Oklahoma City, along with many other family members and friends. Online tributes may be made at kincannonfuneralhome.com

The family of Kenneth Black created this Life Tributes page to make it easy to share your memories.

Send flowers to the Black family.