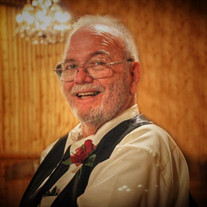 Mark Morey, 72, Altus, passed away Friday, January 24, 2020. Funeral services will be 2 p.m. Tuesday, January 28, 2020, at the First Christian Church in Altus with Pastor Ben Partin officiating. Burial will follow at the Altus City Cemetery under the direction of Kincannon Funeral Home and Cremation Service. Mark Morey was born July 23, 1947, in Frederick, Oklahoma to Robert and Julia (Laing) Morey. He graduated from the Frederick High School Class of 1965 and continued his education at Altus Jr. College. He then attended Abilene Christian College where he attained a Bachelor of Science in Biblical Studies. Mark completed studies at Southwestern State University in Weatherford, Oklahoma to earn his Masters of Secondary Education and English. He married Jackie McConnell in Altus on December 21, 1979. Mark also served in the Oklahoma Army National Guard. He was a beloved teacher of Altus High School and retired after 30 years. Over his career he taught hundreds of students, including Remedial, Gifted and Talented, and the ACTS program at AHS. He was best known by his English students for his portrayal of Edgar Allan Poe. Mark also served as interim pastor for numerous churches in Oklahoma including Sayre, Hobart, Thomas, Anadarko, Frederick, and his home church in Altus. Additionally, Mark was a recipient of the "Teacher of Today" Masonic award; was awarded a Citation for the Oklahoma Commendation from the Oklahoma National Guard; was a member of the First Christian Church in Altus; enjoyed playing guitar and singing Johnny Cash songs; and spending time with his friends, family and grandchildren. Always one to find the unique in the ordinary, he delighted in warning about snaggle-tooth snollygosters, flipping the “jet engine” switch on his pickup, rocking babies to sleep singing “Jack of Diamonds”, picking up stray dogs and mean cats, and “running to Blair and back”. Mark was preceded in death by his parents; grandparents, D.H. and Faye Laing; sister, Carolynne Blankenship; and a special cousin, Stormy Laing. He is survived by his wife, Jackie; two daughters, Georgetta Fowler (Kenneth);and Shanna Morey; two sons, Dwayne Martin (Krystal) and Robert Morey (Stacy); two brothers, Brent Morey (Debbie) and Stan Morey (Susan) and his brother-in-law, Jerry Blankenship; six grandchildren, Tanny Mungaven (Brittany), Clayton Martin (Charity), Marque Meloy (Joshua), Reid Martin (Sara), Harrison and Christian Morey; and four great-grandchildren Alexis, Kamdyn, and Kimber Mungaven; and Claire Martin. The Morey family will greet friends Monday evening from 6 to 8 p.m. at the funeral home. Memorial contributions may be made to: Altus Animal Shelter, 2200 Enterprise Drive, Altus, OK 73521 Attn: Dana Mickley or the charity of your choice. Online tributes may be made at kincannonfuneralhome.com

The family of Mark Morey created this Life Tributes page to make it easy to share your memories.

Send flowers to the Morey family.