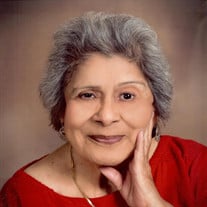 Mary P. Doresey, 86, Blair, passed away Wednesday, December 2, 2020 at her home with her family by her side. A Mass of Christian Burial will be held at 12, noon, Monday, December 7, 2020 at the Prince of Peace Catholic Church with Father... View Obituary & Service Information

The family of Mary Doresey created this Life Tributes page to make it easy to share your memories.

Send flowers to the Doresey family.