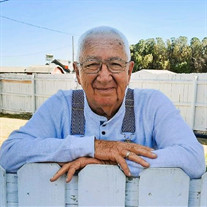 Ronald G. Price, 84, Martha, passed away on Saturday, January 29, 2022. Funeral services will be held at 2 p.m. Monday, February 7, 2022 in the Kincannon Memorial Chapel with family sharing stories and remembrances. Burial will immediately follow at the Restlawn Cemetery under the direction of Kincannon Funeral Home and Cremation Service. Ronald Gail Price, Jr. was born on November 22, 1937 in Plymouth, Indiana to Ronald G. and Helen B. (Erny) Price. He graduated in 1955 from Bourbon High School in Bourbon, Indiana. Ron married his one and only love, Sonya S. “Susie” Stewart on July 15, 1956. During their 60 beautiful years together, they lovingly grew and nurtured their family. Ron served in the Indiana National Guard from 1956 to 1964. Ron spent many successful years in sales. He and Susie were ready for a new challenge and left their home in Indiana for Memphis, Tennessee and then Arlington, Texas, before landing in Oklahoma in 1992. Although Ron had retired, he and Susie quickly opened First Impression here in Altus. Ron’s second passion was music which he learned from his grandmother at age 4. He played piano, organ, electric keyboard, guitar, and saxophone. He performed throughout his life even up to his last days at Magnolia. Ron also loved automobiles, motorcycles, and tractors. It was never a surprise when Ron showed up in a new ride. Ron served God and his family throughout his life. For all who knew him, he always had a story and a smile. Ron was never afraid to share his opinion and was ready for a good debate. Ronald was preceded in death by his parents and his wife. He is survived by his daughters, Stephanie Chirbas (David) and Christine Miller (Dave); son, Gregory Price (Nancy); six grandchildren, Joshua Price (Amanda), Matthew Price, Joe Chirbas, Augusta Chirbas, Laynie Clark (Mitchell), and Mady Boddy; great granddaughter, Myllie Clark; his sister, Rita Simpson (Jack); brother, Van Alan Price (Diane); and many friends, and loving staff of Magnolia. The Price family will greet friends from 2 p.m. until 4 p.m. Sunday, February 6, 2022 at the funeral home. Memorials may be made to the St. Jude’s Children Hospital in Ron’s memory at 501 St. Jude Place, Memphis, TN 38105 or at www.stjude.org/donate. He was a long-time supporter and believed deeply in St. Jude’s mission. Online tributes may be made at kincannonfuneralhome.com

The family of Ronald G. Price created this Life Tributes page to make it easy to share your memories.

Send flowers to the Price family.