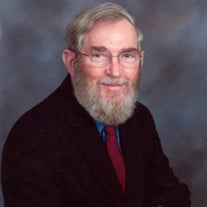 Ronald Edward Ray, 79, Blair, passed away on Thursday, February 17, 2022 at Jackson County Memorial Hospital. Mass of Christian Burial will be at 10:00 AM on Thursday, February 24th at the Prince of Peace Catholic Church with Father Joseph David officiating; Father Arokiasamy (Swamy) Andarias, concelebrant; Deacon Eulis Mobley assisting; and Kaleb Smith, altar server. Burial with Air Force Honors will be in the Altus Cemetery under the direction of Kincannon Funeral Home and Cremation Service. Ron was born at home on August 22, 1942 in the mountains of Hardy, Kentucky, to William and Edith (Cleghon) Ray at Grandmother Cleghon’s house. As a teenager, Ron made his dad crazy by hot rodding down Main Street. After graduating Lancaster High School with the Class of 1961, Ron was employed by Essex Wire Corporation as a die designer. In 1966, he was sent to Detroit, Michigan, to design terminals for Ford Motor Company and there he met his loving wife, Betty Wierzbicki. Their marriage spanned for 53 years, 11 months, and 17 days. Ron joined the Air Force in 1967 and served proudly for 30 years. When asked how he made Chief Master Sergeant, Ron would reply, “I didn’t. The people I worked with made it happen.” Upon retiring from the Air Force, Ron began working for Civil Service and finally “retired” after 10 years. During his retirement years, Ron was consumed by his three biggest passions: Ford Model T’s, his little piece of land, and precious deer passing through his yard. His Prince of Peace Parish and faith were his strengths – in good and especially in rough times. Ron began volunteering as an Usher and Eucharistic Minister to the home bound and was a lifetime member of the Knights of Columbus. Ron was the personal handy man to numerous priests – always carrying a toolbox in his vehicle. His passion for the needy exploded when he and Betty organized the Society of St. Vincent de Paul, Prince of Peace Conference. He loved making home visits, organizing food drives, and collecting Christmas toys for kids. He was preceded in death by his parents. Survivors include his wife, Betty, of the home; two sons, Todd Ray and wife, Vickie; John Ray and wife, Shannon; three grandchildren, Thomas, Phillip and Teresa Ray; niece, Susan Arena and husband, Anthony; grandnieces, Amy and Lillian; and a grandnephew, Brendan. A Rosary will be at 6:00 PM on Wednesday, February 23rd at the Kincannon Memorial Chapel. The family will greet friends from 5:30 – 7:00 PM. Memorials may be made to the Saint Vincent de Paul Society, 1500 Falcon Road, Altus OK 73521. Online tributes may be made at kincannonfuneralhome.com.

The family of Ronald E. Ray created this Life Tributes page to make it easy to share your memories.

Send flowers to the Ray family.