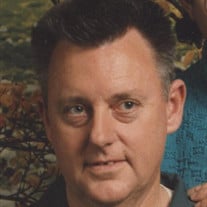 Stanley Paul Allen, 81, Altus, passed away on Sunday, May 8, 2022 in Lawton, Oklahoma. A memorial service will be 2:00 PM Thursday, May 12, 2022 in the Kincannon Memorial Chapel with Deacon Eulis Mobley officiating. Inurnment with military honors will take place at a later date under the care of the Kincannon Funeral Home and Cremation Service. Stanley Paul Allen was born on March 8, 1941 in Pipestone, Minnesota to Glenn Sidney and Evelyn (Lepper) Allen. He married Patricia Griego on April 3, 1959 in Las Vegas, New Mexico. Stanley enlisted into the US Air Force on December 6, 1959. He faithfully served his country for over 20 years and received numerous medals including the National Defense Service Medal, Air Force Commendation Medal with two oak leaf clusters, and the Air Force Longevity Service Award Ribbon with three oak leaf clusters. Stanley worked as a flight simulator technician until he retired from the Air Force on December 31, 1979 as a Master Sergeant. He was a member of the Prince of Peace Catholic Church and enjoyed hunting, fishing, and camping. His parents and a sister, Eleanor Allen, preceded him in death. Survivors include his wife, Patricia, of the home; four sons, Tony Allen, Patrick Allen and wife, Tammy, Joseph Allen and wife, Lavern, and Peter Allen; a daughter, Liza Allen; grandchildren, Shai, Kellee, Alexander, Alex, Jessica, Johnny, William, Darian, Melanie, and Kiara; two sisters, Mary Ann Hirth and husband, Peter, and Linda Prater and husband, William; and many other family members and a host of friends. Online tributes may be made at kincannonfuneralhome.com

Stanley Paul Allen, 81, Altus, passed away on Sunday, May 8, 2022 in Lawton, Oklahoma. A memorial service will be 2:00 PM Thursday, May 12, 2022 in the Kincannon Memorial Chapel with Deacon Eulis Mobley officiating. Inurnment with military honors... View Obituary & Service Information

The family of Stanley Allen created this Life Tributes page to make it easy to share your memories.

Send flowers to the Allen family.