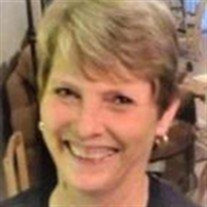 . Suzanne “Susie” Louise Hardage was born December 24, 1948 to James T. “Jim” and Susan “Sue” (Stone) Hardage in Albany, Georgia, where Jim was stationed in the Air Force. Susie was later joined by a brother, Jimmy Hardage, and what wonderful family memories they shared. When recalling her childhood, Susie always remembered enjoying moving and making new friends. At least that was the case until her father was transferred from Canada to Arizona between her junior and senior year in high school. She loved school in Canada and had made some great friends, learned French and wanted to stay in order to graduate there. Jim and Sue would have none of that, so Susie moved with her parents to Phoenix, Arizona where she graduated from Maryvale High School in 1966. She spoke fondly of her experiences in Canada throughout her life and would occasionally surprise you with some French. Learning was always easy for Susie and she experienced many academic successes in school, even though she was often required to change schools with her father’s Air Force career. Susie’s mother had served in the military prior to Susie’s birth so military service and moving were normal for their family. But Susie also enjoyed family and always anticipated spending time with her cousins, especially Jimmy Riley, in Texas. Being near the same age they had a lot in common and enjoyed many activities together, including horseback riding, cars and music . . . or ‘tunes’ as Susie called them. Shortly after Susie’s graduation from high school, her father retired and the family selected Altus as their retirement home. It was close to services for a retiree and ‘near’ their relatives in the Texas panhandle. Susie embraced the move as she was already busy with college. Susie earned a Bachelor’s degree in elementary education from Oklahoma Christian University; a Master’s degree in Guidance and Counseling at Southwestern Oklahoma State University; and did additional postgraduate work in School Administration at Southwestern Oklahoma State University, earning a certificate as an elementary principal. Susie was an exceptionally intelligent individual but you’d never hear that from her. She began her teaching career in Altus Schools in second grade but went on to teach in fifth and sixth, as well as reading and math in summer school. After earning her standard certification in counseling, she began her counseling career in Altus High School, eventually becoming the Senior Counselor. In total, Susie enjoyed a 26-year career in Altus Schools and spoke often of loving every year. Susie loved people, especially students. In 1995, after leaving Altus High School, Susie began her next career experience as Career-Guidance Counselor at Southwest Technology Center in Altus, serving the schools of Altus, Blair, Duke, Eldorado, Granite, Navajo, and Olustee. She always called them “Her Schools” and she could tell you the names of almost all the high school teachers, people who worked in the office, and the cafeterias. She could tell high school students about their training opportunities in numerous careers after gaining their attention when she drove up to their high school in her red Corvette. Susie loved helping students “and” adults! She received several awards and honors while at Altus Schools and that pattern followed her to Southwest Technology Center. In 2008-2009 she was honored with the prestigious McCharen Award as outstanding career guidance counselor by the Oklahoma Department of Career Technology Education. Throughout her life Susie was active. She loved staying busy and during some of her years she joined with friends enjoying an interest in real estate and received her license as a realtor. When she wasn’t at school, she enjoyed exercising, yoga, tennis, kick boxing and hanging out with friends. She loved her church family and worshipped regularly at Tamarack Church of Christ. She also liked traveling with her last trip being with a friend to Austria after she retired from education. Susie was an attentive and loving daughter to her parents, especially to her Mother upon the passing of her father in 2003. Losing her younger brother, Jimmy, in 2010 was especially difficult for Susie. Susie’s mother, Sue, passed away in 2013 with Susie by her side. Susie thought of her dog, Maggy, like family. When Maggy passed, she thought she would never have another dog. That lasted only a few weeks before she found Hayley, a cocker spaniel like Maggy. They were inseparable. Susie befriended many throughout her life. She loved surprising friends and acquaintances with gifts, and doing for others what they couldn’t do for themselves. James 1:22 states: “But prove yourselves doers of the word, and not merely hearers who delude themselves.” Susie lived her life by that scripture. She leaves cousin, Jim Riley of Amarillo, Texas; close friends, Toye Mitchell & family of Oklahoma City and June Knight and family of Altus, and many other dear friends. For those desiring to make memorial contributions in memory of Susie Hardage, the following recipients are suggested: Tamarack Church of Christ, 1000 E. Tamarack Road, Altus, OK 73521; Southwest Technology Center Foundation, 711 W. Tamarack, Altus, OK 73521; Alzheimer’s Research, Oklahoma Medical Research Foundation (OMRF), 825 N.E. 13th St., Oklahoma City, OK 73104. A Celebration of Life for Susie Hardage will be held at Kincannon’s Funeral Home, 3020 N. Main, Altus, Saturday, March 14, 3:30-5:00 p.m. Please feel free to come and go during this time. Online tributes may be made at kincannonfuneralhome.com

The family of Susie Louise Hardage created this Life Tributes page to make it easy to share your memories.

Send flowers to the Hardage family.