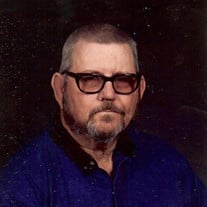 Terry Bennett, 80, Altus, passed away on Sunday, September 20, 2020 in Yukon, Oklahoma. Memorial services have been scheduled for 2:00 PM Friday, September 25, 2020 at the Kincannon Memorial Chapel with the Rev. Jason Duree officiating. Inurnment will follow in the Frederick Cemetery under the direction of the Kincannon Funeral Home and Cremation Service. Terry Neal Bennett was born on June 27, 1940 to Claude and Winnie (Walls) Bennett in Frederick, Oklahoma. Terry attended Frederick High School and graduated with the Class of 1958. In 1956, his high school football team won the state championship. Later, his team would be inducted into the Oklahoma High School Sports Hall Of Fame as the first integrated team in Oklahoma to win the state championship. Terry and Clariece Hughes were united in marriage on January 2, 1959 in Snyder, Oklahoma. He worked as an assistant manager for United in Walters and Altus. In 1973, he began a business as a milk deliveryman, mainly going to stores and schools, and retired after many years. He was a member of the Southside Baptist Church and was active in AWANA club. Terry enjoyed working and playing with kids so much that he was lovingly referred to as “Papa” to most of them. He enjoyed hunting, fishing, working with children and spending time with his family. Terry is preceded in death by his parents; a son, Dennis Bennett; daughter, Sherida Littledeer; four brothers, Wayne, Cecil, Jerry and Marion Bennett; and three sisters, Carol Sisson, Laura Ives, and Nancy Villenueva. Terry leaves behind his wife, Clariece, of the home; two daughters, Carla Sharpe and husband, Barry, and Pamala Thacker and husband, Brent; five grandchildren, Amanda Tolman and husband, Kenny, Kristina Jones and husband, Justin, Callie Sharpe, Gage Thacker, and Alison Acee and husband, Matthew; four great grandchildren, Alexzander and Odessah Raymond, Jessleah Tolman and Brantley Jones; three brothers, Gene, Donnie and Keith Bennett and his wife, Sherrie; and many other family members and friends. Online tributes may be made at kincannonfuneralhome.com

The family of Terry Neal Bennett created this Life Tributes page to make it easy to share your memories.

Send flowers to the Bennett family.